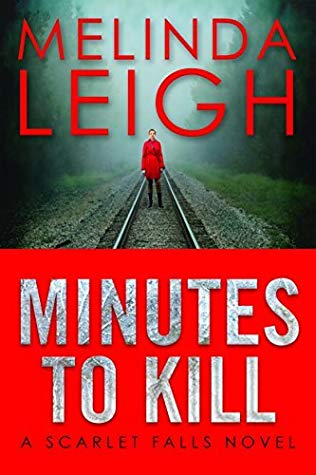 After corporate attorney Hannah Barrett tries—and fails—to stop a kidnapping in Vegas, she can’t shake the haunting image of the terrified young girl she couldn’t save. She tells herself that a visit to her hometown in Scarlet Falls could be a welcome distraction. But soon, Hannah realizes the kidnappers have all the info they need to track her every move. And when chilling e-mails about the victim appear in her inbox, it’s frighteningly clear what happened in Vegas has followed her home.

Eight months after a terrible family tragedy, Hannah turns to Detective Brody McNamara once again. Brody is eager to help, though he’s embroiled in the investigation of a brutal murder. But the closer they work together, the stronger their feelings grow…and the more they stand to lose when two seemingly unrelated, but equally deadly, cases collide.