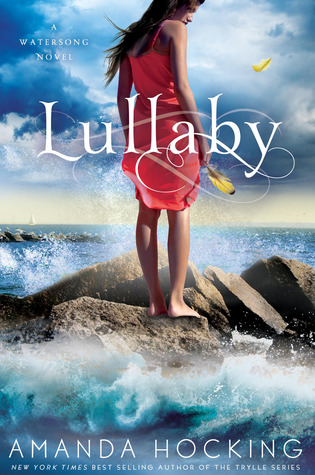 Don't miss the next chapter of Watersong, a bold new series that will enchant you, entrance you, and hold you captive under its spell

Now that Gemma Fisher has inherited Penn, Lexi, and Thea's curse - and all the strange new powers that come along with it - she has no choice but to run away with them. Devastated that she has to leave everyone she loves behind, she's still determined not to give in to the unspeakable hungers that plague her.
Unfortunately, they're growing stronger every day, and she's not sure how much longer she can resist.

Harper won't give up on finding her sister Gemma, vowing to get her back no matter what the cost. The search draws her closer to too-gorgeous-for-his-own-good Daniel, and tests her fiercely guarded independence like never before. She's always been the strong one who everyone else depends on.... Can she let herself depend on Daniel?

As Gemma and Harper plunge deeper into a magical world they barely understand, it becomes painfully clear that Gemma's old life may be lost forever. But can she still hold on to her humanity?