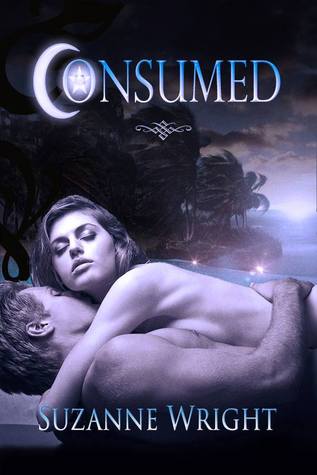 Sventé vampire Ava Sanchez has a difficult decision to make: should she accept the invitation of the Grand High Master Vampires and join their legion? It will mean leaving behind her brother and her home. It will also mean working with Pagori vampire, Salem McCauley. Unlike the majority of vampirekind, she doesn’t fear Mr. Tall, Blond, and Dauntless…even if he does have some psychopathic traits. In fact, he has a raw sexuality that tempts her to drop her ‘no relationships’ rule and give him exactly what he wants from her – everything.

Salem McCauley doesn’t like anything cute, or sweet, or cheery. Yet he wants Ava with a desperation that’s bordering on obsession. And shockingly, she doesn’t look at him like others do – you know, like they fear he’ll rip out their spinal cord for fun. Now that the legion will be busy hunting the players involved in the creation of an illegal vampiric brothel, there’s no time for pursuing Ava. But Salem makes time, because he never denies himself what he wants and he always holds tight to what’s his. And that’s exactly what Ava is, whether she knows it or not: His.