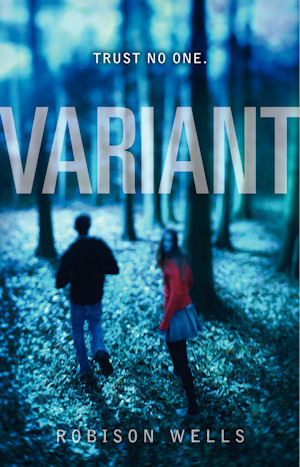 Benson Fisher thought that a scholarship to Maxfield Academy would be the ticket out of his dead-end life.

Now he’s trapped in a school that’s surrounded by a razor-wire fence. A school where video cameras monitor his every move. Where there are no adults. Where the kids have split into groups in order to survive.

Where breaking the rules equals death.

But when Benson stumbles upon the school’s real secret, he realizes that playing by the rules could spell a fate worse than death, and that escape—his only real hope for survival—may be impossible.