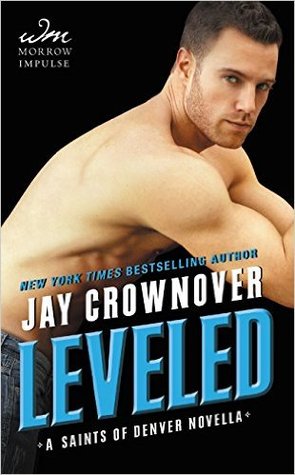 We all need a hero...let the Saints of Denver begin

Orlando Frederick knows what it is to be leveled by pain. Instead of focusing on his own, he’s made it his mission to help others: sports stars, wounded war vets, survivors of all kinds. But when Dom, a rugged, damaged, sinfully attractive cop, makes his way into Lando’s physical therapy practice, he might be the biggest challenge yet. Lando loved one stubborn man before and barely survived the fallout. He’s not sure he can do it again.

Dominic Voss is a protector. The police badge he wears is not only his job, it’s his identity, so when he’s sidelined because of an injury, the only thing he cares about is getting back on the force. He expects Lando to mend his body, he just doesn’t realize the trainer will also have him working toward a hell of a lot more. As attraction simmers and flares, Dom sees that Lando needs repair of his own...if only the man will let him close enough to mend what's broken.