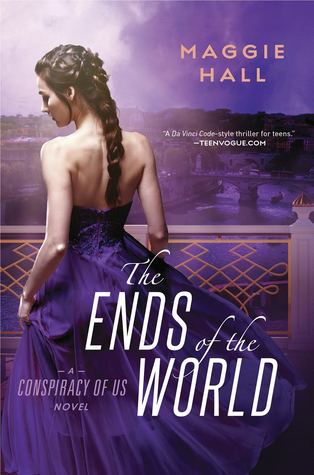 The Ends of the World

The Circle is hers. But Avery West has lost everything else: her mother, the family she’d just found, and the one boy she trusted. In their place are unfathomable power, a staged relationship that makes her question every real feeling she’s ever had, and a mission to find the cure to the virus that’s made her own blood a weapon.

Then disaster strikes, turning Avery, Stellan, Jack, and Elodie into the most wanted people in the world. To clear their names and the growing rift between the families of the Circle before the world dissolves into World War Three, they’ll have to make a desperate, dangerous final race for Alexander the Great’s tomb. What they will find inside will mean the world’s salvation—or destruction.

Avery will have to decide how much she’s willing to sacrifice—for the world, for family, and for love—in this conclusion to the Conspiracy of Us series.