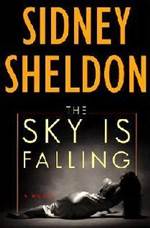 The Sky Is Falling

Washington TV anchorwoman Dana Evans (from Best Laid Plans) suspects the accidents befalling the rich Winthrop family, killing all five members, were murders. Like Chicken Little and the sky falling, she chases clues across the world to unravel an international conspiracy. The inheritance goes to charity, so money is not the motive.