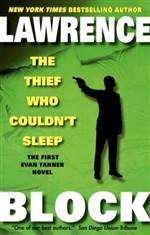 The Thief Who Couldn't Sleep

Evan Michael Tanner hasn't slept in more than a decade—not since a small piece of battlefield shrapnel invaded his skull and obliterated his brain's sleep center. Still, he's managed to find numerous inventive ways to occupy his waking hours.

Tanner is a card-carrying member of hundreds of international organizations, from the Internal Macedonian Revolutionary Order to the Flat Earth Society—not because he believes in their myriad lost causes, he's simply a joiner by nature. Besides, it gives him something to do.

The Russians think Tanner is a CIA operative on a covert mission. The CIA is certain he's a Soviet agent. Actually, he's in Turkey pursuing a fortune in hidden Armenian gold. But Tanner's up for anything, including a little spycraft, if it helps him reach his big payday. And if need be, he'll even start a small revolution . . .