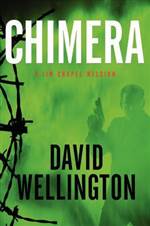 Wounded Special Forces veteran Jim Chapel has been stuck behind a desk rather than out in the field, but medical technology has finally caught up with his ambitions. Coupled with his unstoppable determination, it will take him back to where he thrives: the thick of the action. Drafted into a new war, this time in our homeland, Chapel is tasked with hunting a group of escapees from a top secret military compound-all extremely deadly, genetically modified killers-and unraveling the mystery behind their existence. Aided by an enigmatic woman named Angel and a courageous, beautiful veterinarian, Chapel begins a cross-country hunt to stop the murders. But are the killers really rogues, or are they part of a sinister conspiracy that reaches into the highest levels?